How you handle adversity will significantly impact your ability to build trust and respect within your company. How often your employees respond quickly illustrates who’s on your A team, B team and no-team. There is a saying that “it happens,” and how you behave and communicate at those times defines how you are perceived as a leader and reveals the character of employees. 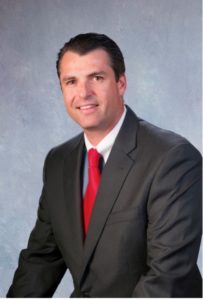 I recently faced a disturbing reality during conversion to a new technology platform in which we had invested significant time, money and commitment. It was not going to work. Our partners, staff and even the vendor all knew the system had reached the point of epic failure to launch. It failed while being installed as our live system of record and impacted every aspect of our business.

My response to this and any self-induced crisis was to admit I had made a mistake and that I was going to need everyone’s help to revert to our prior system. So the key decision was to acknowledge the issue, take responsibility, ask for help and be transparent.

Your A team responds with “how can I help,” even when the needs are outside of their departments. The A team are the folks who put in the overtime, help other departments out, work weekends and always commit to doing whatever is needed to help the company and their peers. This same group is more engaged in company community events, office events, and takes ownership of their respective roles.

Your B team expresses concern over the issues and focuses mostly on their own daily work. If time allows, they will chip in during normal working hours but rarely go above and beyond the 40-hour work week. These folks are good at their core jobs and have the ability to be on the A team but lack the levels of engagement and commitment to make the A team. Being on the A team provides a sense of family, loyalty, job security, and appreciation that exceeds expectations.

The no-team players do not recognize the needs of others around them, nor do they fully commit to their core duties. I call these folks the “elbows and glutes,” since that’s all you see of them at 5 p.m. sharp or 4:55 p.m. to be more accurate. The challenge for these folks during times of need is that they stand out even more than they did before. It’s rare, but not impossible, for the no-team players to move onto the B or A teams. If they’re honest with themselves and acknowledge their level of effort and commitment, they can choose to step up. Otherwise, we and any other organization will choose to help them step out.

I welcome the new A team players we discovered; I continue to hope for the B team folks to join them. I want members of the B team to know who they are and encourage them to step up and join the A team. During difficult times your A team will grow as new folks choose to step up their level of commitment and engagement. It has been said there is opportunity in chaos and that is a truism for employer and employee. Take challenges as opportunities to re-establish what team you are on and lead by example.

Richard “Gordy” Bunch is the 2015 EY Entrepreneur of the Year for the Gulf Coast for Products and Services. Submit suggested topics for future business columns to gordy@twfg.com